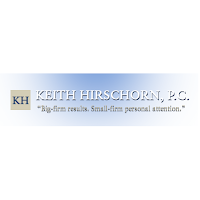 The Law Offices of Keith Hirschorn, P.C. have been practicing law since 2001. The practice focuses on criminal defense and municipal law, including DUI and traffic offenses. We are fully prepared to represent people with legal needs in Jersey City and throughout Hudson County. Our law office has tried more than 25 jury trials and handled countless other criminal, juvenile and municipal matters from inception to conclusion. Keith Hirschorn is a skilled attorney and litigator who fights tenaciously to defend the rights of his clients. He has spent his entire career practicing in this area of law and is admitted to practice in all New Jersey Courts, including the United States District Court for the District of New Jersey and the United States Supreme Court. He can also bring cases before the Supreme Court of the United States, and he serves as a Municipal Public Defender for Hoboken and Jersey City.